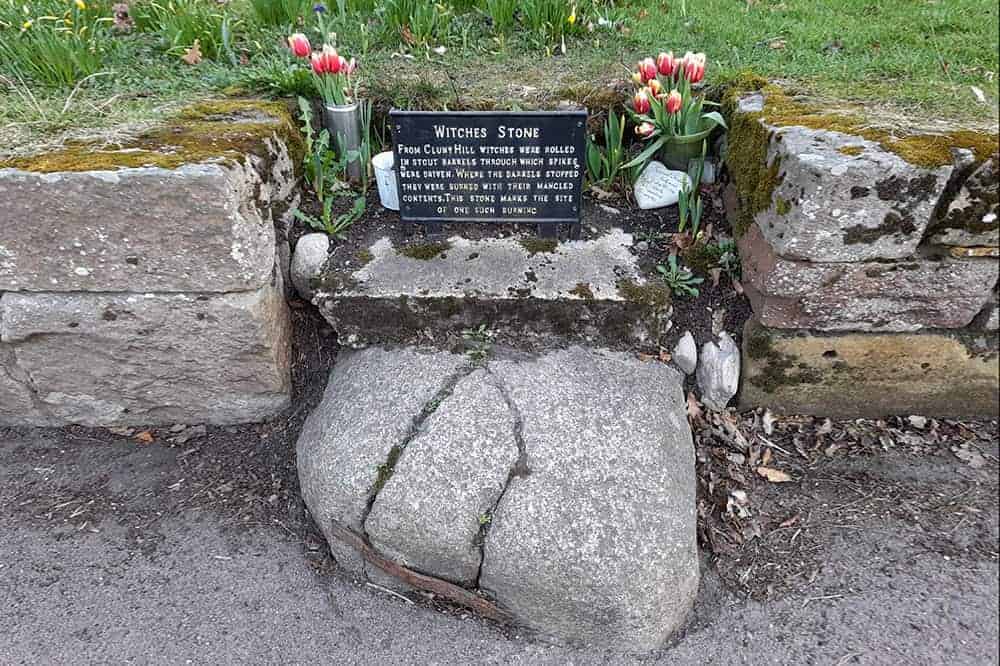 One of the darkest stories Forres has to tell is the tale of the Witches Stone.

Situated just metres from the police station, an innocuous boulder lies jammed between the pavement and the wall of the road, signifying the spot where a witch gruesomely met her death.

Unfortunately, the grisly description that marks this particular episode was just one of thousands of undocumented tales of the horrific treatment women received, mostly in the 16th century, for practising witchcraft. It is thought that more than 4000 witches were killed in Moray during the 16th century.

The boulder is marked with a plaque that reads: “From Cluny Hill, witches were rolled in stout barrels through which spikes were driven. Where the barrels stopped they were burned with their mangled contents. This stone marks the site of one such burning.”

The horrific burning and punishment of witches in centuries gone by is not forgotten, but this particular stone is a daily reminder that witches were tried and punished in this gruesome manner.

The story goes that the boulder was taken to be used in a nearby house build and cracked into smaller pieces. A feverish illness beset the taker, who thought it was a curse and took the boulder back to where it lay.