North Coast 500 and the Highlands

The north of Scotland ring road

The North Coast 500 is known as Scotland’s Route 66, an epic journey circumnavigating the most remote part of the UK, weaving through mountain passes, clinging to the coastline, and passing some of Scotland’s most impressive views.

Don’t be fooled… this is not something you can do in a day. If you’re basing yourself in Forres, you should view the NC500 as a container rather than a circuit. The roads around the Highlands link an abundance of beautiful destinations. Pick one, make the most of the journey, and savour it along the way.

Inverness is often known as the 'Highland Capital because it is the largest settlement in the sprawling county. It became a city in 2000 and more rece...
Read more

Dunrobin Castle is the archetypal fairytale castle, perched on a clifftop on the eastern seaboard of Sutherland between Golspie and Brora. The castle...
Read more

The Applecross peninsula is one of the Highlands' most magical places. The road from the west passes through the white-knuckle Bealach na Ba (Pass of...
Read more 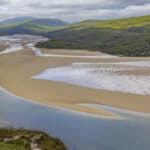