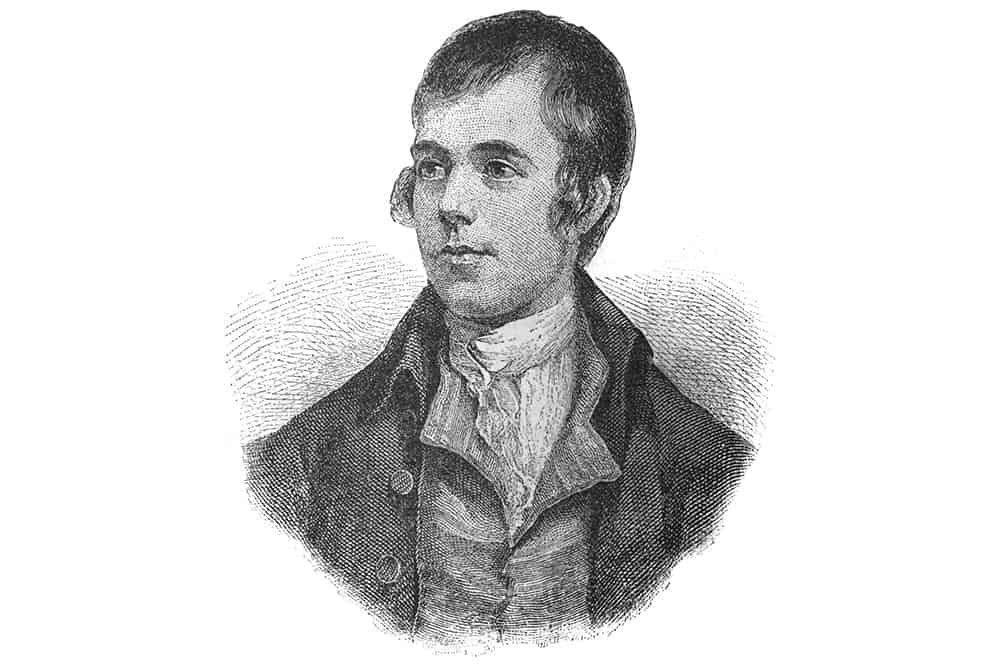 Robert Burns is our national poet. A prolific writer from Ayrshire, he was born in Alloway and published hundreds of rhymes and verses on all manner of topics principally around women drink and merryment.

He toured many parts of Scotland, and records show he travelled to Inverness and through Elgin, stopping in Forres, and possibly the most northerly place he visited.

In 1787 he ventured north will his companion Willie Nicol. After visiting Culloden Battlefield, they had breakfast at Kilravock Castle, dinner at Nairn and stayed the night at Brodie Castle.

On Friday 7 Sept Burns and Nicol crossed the River Findhorn to visit Forres and in particular, Sueno’s stone.

Burns wrote: “Friday, cross the Findhorn to Forres – famous stone at Forres – Mr. Brodie tells me that the muir where Shakespeare lays Mcbeth’s witch meeting is still haunted – that the country folks won’t pass it by night.”

He refers to the legend that this is where the three witches greeted the king in Macbeth (Act 1 Scene 3) on ‘A heath near Forres’, when Banquo asked the locally famous question ‘How far is’t call’d to Forres?’

The habit of avoiding the stone at night may have long reversed, it’s now a popular tourist attraction and historical landmark, as is the nearby, but unconnected, Witches Stone.

They then travelled east to Elgin and along the Moray Coast.

Burns night is celebrated every year on his birthdate 25 January. The event consists of a rudimentary, but very tasty, meal of haggis, neeps and tatties, and of course a wee dram of whisky!

Burns wrote a rousing tribute to the chieftain o’ the puddin’ race and this is recited as the focus point of formal suppers by a carefully chosen speaker.

Formal celebrations include a regimented schedule of entertainment, while many people who stay at home for the event will eat the national dish on this day.

Competition for venue space for this event is so fierce that many are held outwith the actual date.

What makes a formal Burns Supper?

A formal Burns Supper will normally feature the following 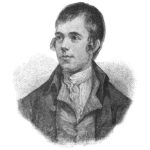