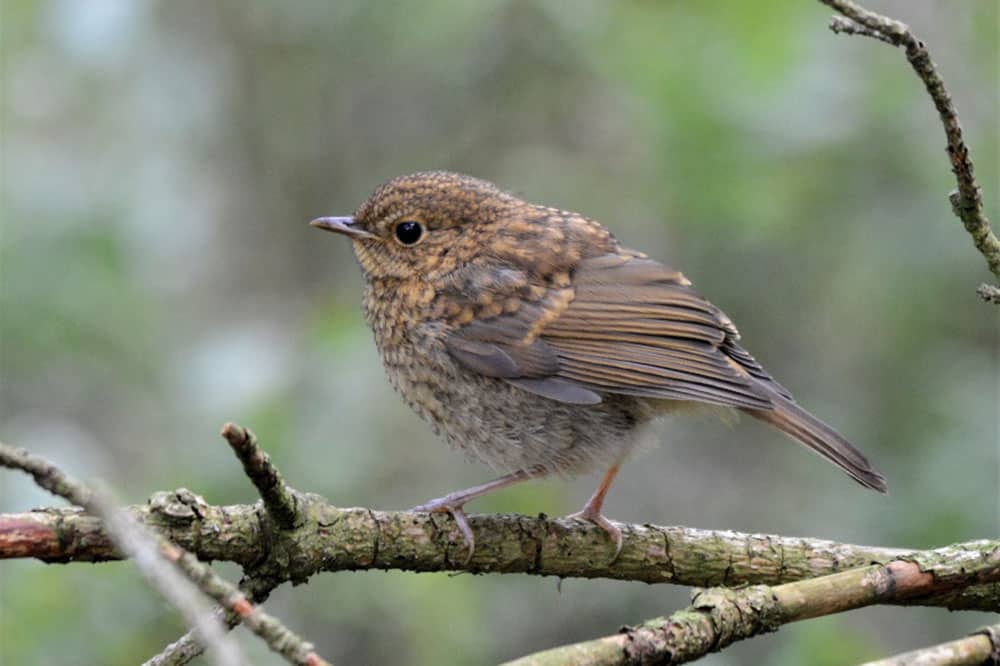 It is now the time of year when I hear one simple question “I saw a bird and it looked like a (insert species) but the plumage was wrong. Well, lots of young birds are now in our gardens and some bear little resemblance to their parents, and so to shed some light on some of the more common species let’s have a look at some examples.

Most people are very familiar with the Robin, however how many would have known this is a young one? Keep an eye out at the bottom of hedges in parks and gardens where the young birds will wait until the adult brings in a tasty morsel.

One of the most common birds on the bird feeders this young Blue Tit lacks the bright blue cap and wings of the adult bird, watch for the young birds sitting on a branch near the feeders, flickering their wings to attract the adult’s attention.

One of the easier youngsters to identify, largely due to the black wing with the gold wingbar.  Even without the scarlet face of the full-grown bird the wing is a huge giveaway! At this age before they gain their red faces they are known as “Gray Pates”

And finally the one that brings in the most queries, the Starling.  Plain brown instead of the black iridescent of the adults these boisterous birds may visit your garden in quite large flocks, the bully boys of the garden birds they can take over a whole lawn garrulous and noisy they fight and squabble with the adults and each other until they are fed.  Good fun to watch though! Then in a flash they lift off and depart to another location and the scene is repeated.

And so, I hope that will answer some of your queries and if I may end with a final message. If you find a young bird seemingly abandoned, please do not attempt to “rescue” it. If it is imminent danger, like being on a road or near to a cat or dog then move it a short distance to keep it safe. In all other circumstances please leave it alone, the parents will be nearby and looking after it.

Until next time enjoy the summer and “Good Birding” 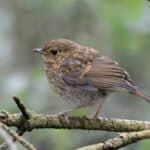