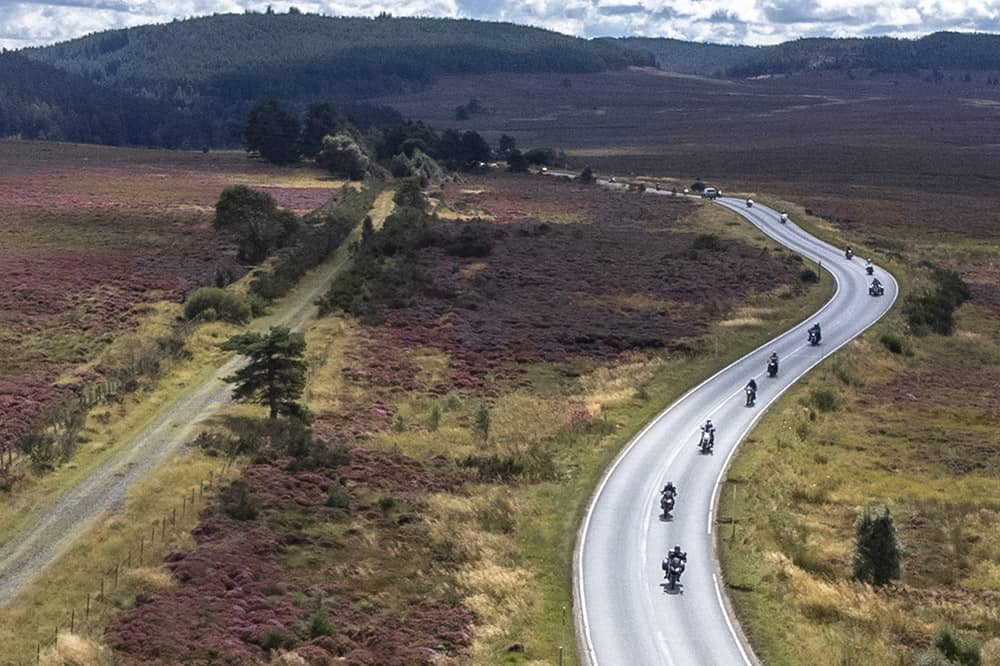 Picture this – it’s late August and there’s a thunder brewing over the Dava.

But the skies are blue and people are setting up picnics along the roadside in this quiet and remote moorland.

There’s a rumble in the distance, and these people aren’t running for cover. They have come to witness a mass ride out of Harley Davidson motorcycles as they pass over the moor.

It’s ‘Thunder in the Glens’, a weekend away for the Dunedin chapter of the Harley Owners Group and now the largest meeting of ‘hogs’ anywhere in Europe.

And they’ve come to ride their pride and joy through our countryside.

This year’s event brought 3000 motorcycles from all over the world.

And what a spectacle! Huge motorcycles, some with engines bigger than cars, with their earthy, guttural exhaust sounds as they glide gracefully through the heather.

The long way round

Saturday is the ‘Thunder in the Glens’ mass ride out that takes these machines from Aviemore the ‘long way round’ to Grantown, through Boat of Garten, Nethy Bridge, Cromdale, over the Dava, along by Lochindorb and back down into Grantown, where the high street becomes a giant car park and bike show.

Like most events, it’s been hit by Covid-19 for two years and now it’s back bigger and better than ever. Aviemore, and indeed Grantown, make great host towns, with loads of entertainment put on for the event. We’ll certainly be back next year!

Although no date for 2023 is fixed yet, it’s usually the last weekend in August. Put it in your calendar now.

Thunder in the Glens – Dava Moor

Here are pictures of some of the more colourful riders from Saturday’s rideout.

Thunder in the Glens – Aviemore 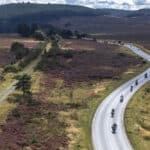