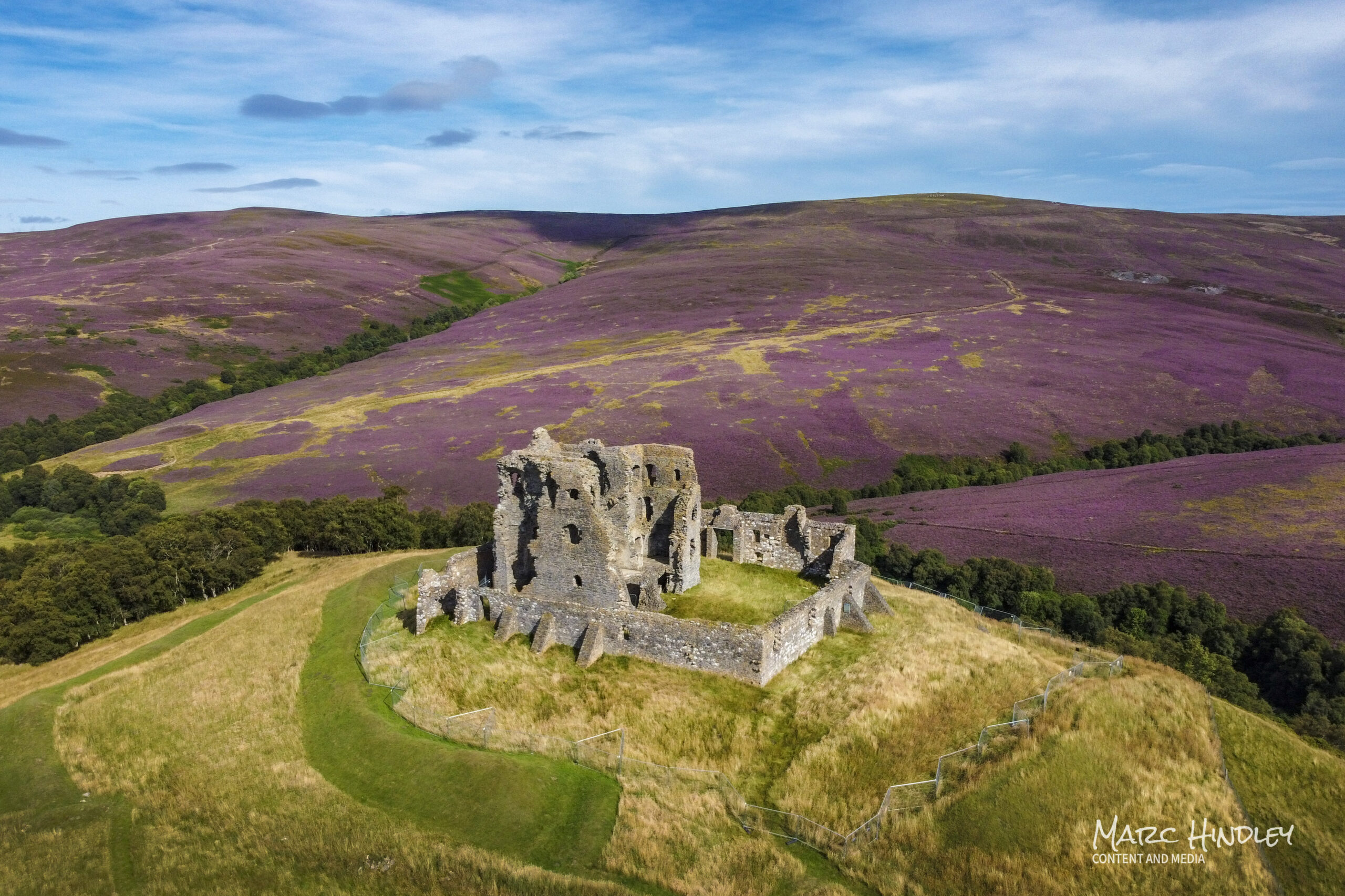 The good weather over the last month or so has made the heather stand out across Moray moorlands, and although the colours are starting to fade now, if you’re planning a trip to see this spectacle, it peaks in August, but often lasts well into September.

We went out to photograph the colour-changing landscape. Summer has given us lush greens, and this transition demonstrates the magic of nature. Although the change is slow and gradual, it’s so easy to miss. We wanted to capture its beauty, and highlight the Moray heather hotspots so you can enjoy it next year, and for years to come.

Just a short drive from Forres. One of the first places to head is the Dava Moor. This long straight road runs alongside the Dava Way and higher up the hill, you can see how abundant the heather is. We took a drone up to show it off in all its glory.

Beyond Dufftown, we found the heather made a perfect backdrop against the ruins of Auchindoun Castle, again, best viewed from an aerial perspective.

Back towards Grantown-on-Spey and travelling south on the Old Military Road is one of the best places to view this blanket of purple. As you drive through the glen to Bridge of Brown, you get magnificent views of the landscape drenched in purple.

Heather has been used for centuries in a variety of ways, including as a medicinal herb and as a food source. The plant is native to Scotland, and its scientific name, Calluna vulgaris, means ‘common heather’.

Heather is an evergreen shrub that produces small pink or purple flowers in August and September. It is pollinated by bees, which then produce honey with a characteristic heather flavour. You can find heather honey in many shops across Scotland.

Heather has also been used medicinally to treat a variety of ailments, including coughs and colds. In the past, the plant was also used to make beer and whisky.

1 thought on “All around the blooming heather” 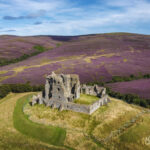