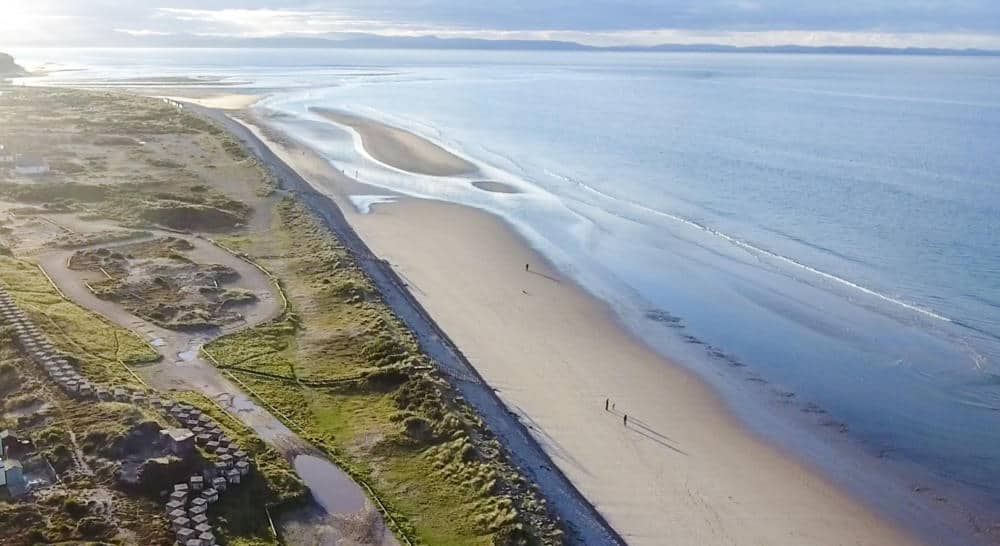 Taking a dip in the cool, fresh waters is becoming increasingly popular around Forres. It’s free, it’s exhilarating, and it’s one of the best ways to experience your natural surroundings in the peace and tranquility that this area offers.

Here are some of our favourite swimming spots.

Let’s start at the coast. The Moray Firth coast is recognised as one of the world’s finest and it’s popular with locals and visitors.

The Findhorn beach stretches through Roseisle to Burghead in a 10km uninterrupted strip of smooth white sand. It gently slopes into the Moray Firth just perfect for swimming. The water is clean and there are acres of space for you get a bit of privacy. There are several ways to access the beach with car parks at Findhorn, Roseisle and Burghead.

The abundance of clean, white sands extends east and west to Nairn and Lossiemouth, each less than 15 miles away and offering the same astoundingly beautiful beaches

Hopeman has a beach to the east and west of its harbour. Both are ideal for a spot of swimming.

A few miles to the east is Covesea where the golden sands stretch to Lossiemouth past the golf course, distinctive lighthouse, and caves. Like all the beaches along this coast, it’s wide and gently sloping.

As the beach comes past Lossiemouth there is a large car park, cafe and another golf club.

Past the town, the east beach has been cut off for more than a year. The bridge which is the only way onto it from the town was closed to the public due its dangerous structure.. Notable for its dunes, it stretches for many miles before turning into gravel as it nears Spey Bay.

Nairn has three beaches, the east beach which is the most popular, the central beach and the ‘secret’ beach. The latter isn’t so secret now, but parking is limited so it’s often quieter. All three are popular swimming spots.

Moving inland, there are plenty of opportunities for wild swimming on the River Findhorn. While much of it is generally fast-flowing, you can find some still pools with easy access to dip in.

Please note that landowners along the River Findhorn have warned us they do not condone or recommend wild swimming in the river due to the danger of rapidly rising waters. Swim only at your own risk.

This narrow gorge is situated along one of the most popular parts of the Findhorn River. The walk along the riverbank is steep and narrow, and the river below it thunders past. However, there are some quiet places where the waters are still and safe from the rush of the river.

Further south, a bridge crosses the river at Relugas. Here you can walk a few hundred metres to find a quiet pool that is easy to access.

Staying on the Findhorn River, we go upstream to another gorge at Dulsie Bridge.

According to Days Out Scotland, this is the most spectacular 18th century bridge in Scotland, it crosses a narrow gorge on the River Findhorn some 60ft above water level.

However, if you scramble down to the bank on the north side, you’ll find still water pools, with a convenient sandy shore. Just watch out, it’s apparently a favourite for ‘tombstoning’, so keep a watch above.

Staying with fresh water, and a little further afield, the Cairngorms National Park offers a variety of spectacular spots, such as the River Spey, despite being the fastest flowing river in Scotland, it has some quiet spots suitable for swimming.

This is a little gem. Its natural green colour gives it a mystical appearance, and although a good 40-minute walk from the car park, it’s very rewarding experience. There are several spots around it where you can pitch up and swim in the emerald waters.

A very popular loch due to its large award-winning freshwater sandy beach 300m above sea level. It also has a watersports centre, toilets and a place to eat, so you can stake out for the day and never run out of things to do. It’s a pleasure to swim in because it’s not tidal and it’s surrounded by the pine forests of Glenmore… a real mountain lodge experience. But if you’re looking for somewhere where you can be alone, this is not the place.

Loch an Eilean and Lochindorb

These two lochs have an added bonus as they both feature an island with a castle ruin. They’re not too far from the shore, so offer a short swim with a chance to rest and explore some local history.

Do you have a favourite wild swimming spot near Forres? Let us know and we’ll add your location. 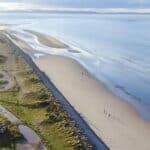