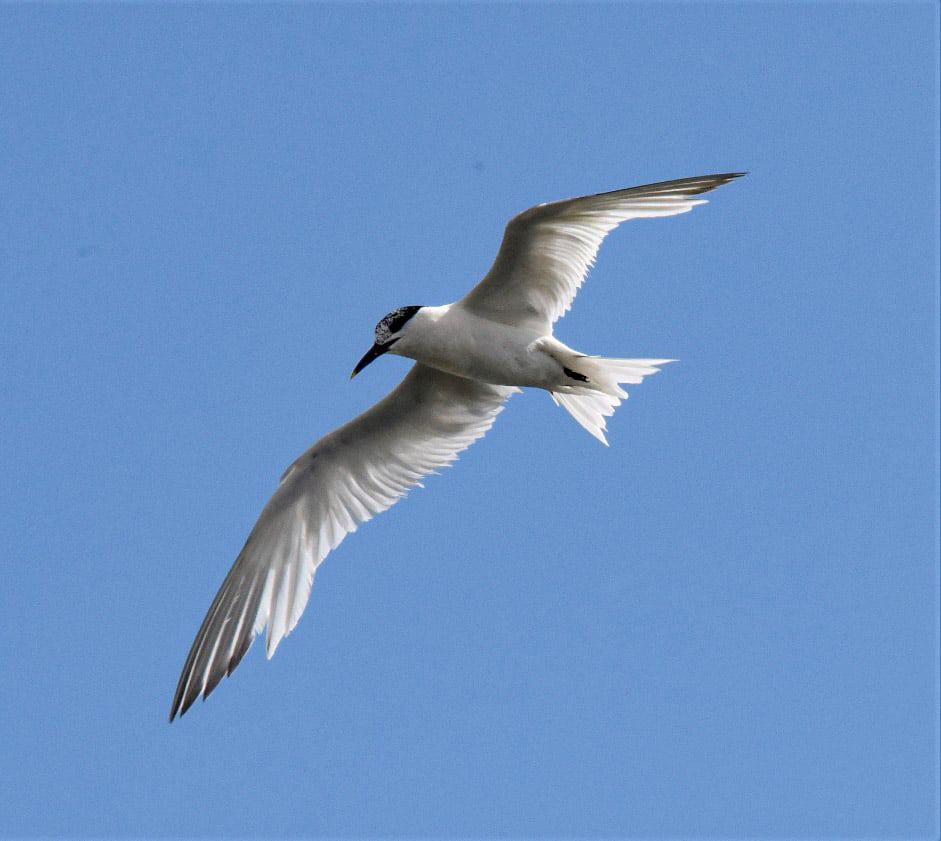 Forres and the surrounding area in Springtime can only mean one thing – migration! As the daylight hours lengthen and the temperatures start to rise, birdwatchers keenly await the return of our summer visitors.

One of the first to arrive is the Wheatear, a dapper looking bird with the male sporting a rather dashing black “highwayman’s mask” and pale grey back.

The female is an altogether more subtle combination of browns, but both sexes have the characteristic pure white rump and distinctive Black and White tail pattern as they fly along in front of you.

A great place to look out for these striking birds is at Findhorn Bay, down in the short grass near the dunes and beach huts.

Another early arrival and one that you will probably hear before you see is the Sandwich Tern, a very pale bird that could easily be overlooked as ‘just another gull’.  However, its long wings, black bill with a yellow tip, shaggy crest and loud “kerrick-kerrick” call make it stand out as something a bit different.

Look out for these birds flying along, just offshore from the dunes or indeed perching on the mooring bouys in the Findhorn Marina.

Staying in the Marina area keep your eyes peeled for one of the most eagerly awaited of arrivals, the spectacular Osprey. Much sought after by photographers as it plunges into the water after fish (its sole food item) it really is one of the spectacles of nature.

Findhorn Bay is a fantastic place to observe these birds as they rest and replenish their fat reserves prior to making their way inland to the lochs and rivers to breed.

Moving away from the coast another great place to search for migrants is Sanquhar Loch.  With its well-maintained footpaths and varied habitat well within the town’s boundaries, it is an area accessible to most abilities.

This call belongs to …. yes, you may have already guessed it, the Chiffchaff!  This tiny warbler has flown thousands of miles from its wintering quarters in Africa all the way to spend the summer in sunny Forres.

Away from the migrants our local birds are beginning their own breeding season. One of the earliest nesters is the Dipper, a dark brown and white bird that lives on quite shallow and fast flowing rivers.

As you walk along the Mosset burn, especially the area outside the Mosset Tavern and alongside the War Memorial, keep a look out for one bobbing up and down on a rock before plunging headlong completely underwater searching for food.  It is our only aquatic songbird and a very special bird to have in our town.

So if you are keen to see the fantastic variety of birds in Forres why not get out and about to have a look. 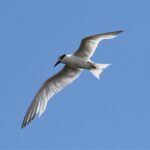