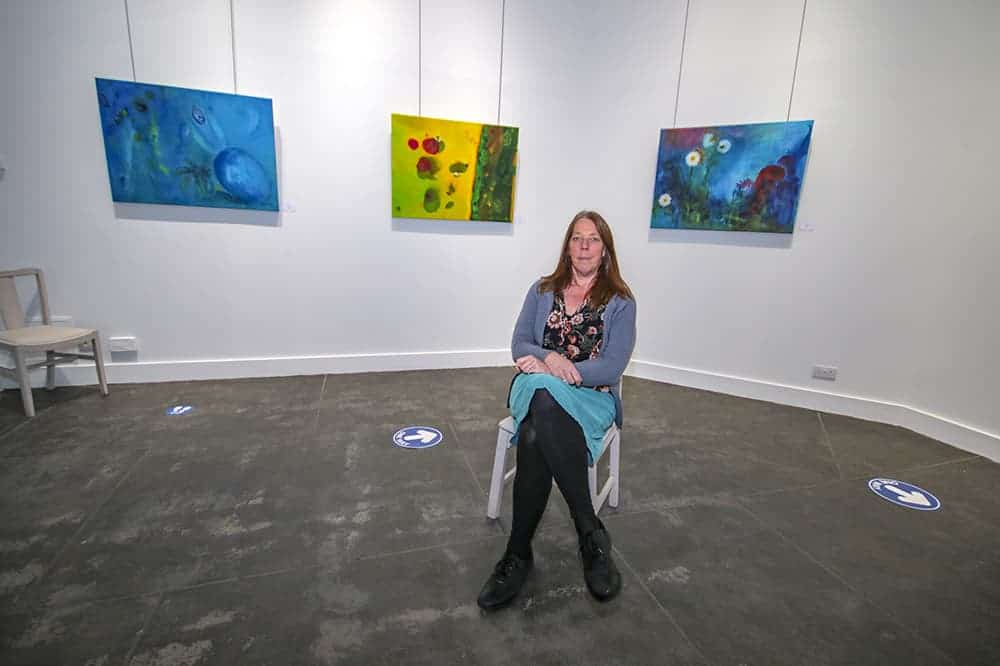 For an artist who has her studio on the rural estate at Altyre, it’s little surprise that Andrea Turner’s surroundings influence her painting.

She has also had local solo exhibitions at places like Eden Court and Nairn Community and Arts Centre.

Andrea grew up in a village near Glasgow and drawing was her passion from an early age, and although encouraged by her art teacher to pursue it further, she trained as a nurse and went into acute psychiatry. But art was always on her mind, and it was while travelling in Europe that her passion for art was rekindled.

“During a period interrailing around Europe, I was inspired by the incredible art I saw and realised that I wanted to make art. When I returned to the UK I was accepted onto the BA (hons) Fine Art course at Goldsmiths College, graduating in 1988 and have been painting ever since.”

I could see the landscape in Andrea’s paintings, trees, rivers, water, flowers and plants – her paintings are very rural, and the vivid blues, greens and yellows reminded me of my own walks though this landscape where the colours of nature are punctuated by shards of light from the sky and water.

We also discussed the meaning of the paintings and how that was very much for the viewer to interpret. For Andrea, it was the natural beauty of things that stuck in her mind until she released it onto canvas.

“My inspiration comes from being in the landscape which is especially rich around Forres both in natural beauty, myth and history. I’m also influenced by poetry and music and I like to think my engagement in both gives my painting a poetic, musical sensibility.”

In fact, her exhibition contained a musical/poetic performance as a separate event, although I didn’t get to experience it. I tried to think how it might have sounded.

She said: “Often my paintings include words, not necessarily to be read but which add additional energetic marks and textures to the image. I’m interested in the relationship between people and place and spend a lot of time engaged in a deep ‘looking’ which creates both a visual and sensory memory of place that I can work from. This process allows a painting to evolve in an organic way and include remembered, imagined and invented elements. For me this is part of the paintings poetry.”

Andrea’s work can be seen on her website: www.andreaturner-artandjazz.co.uk and by appointment at her studio on the Altyre Estate near Forres.

Her exhibition at Moray Art Centre runs till 31 October. 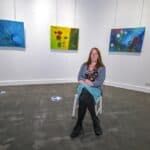