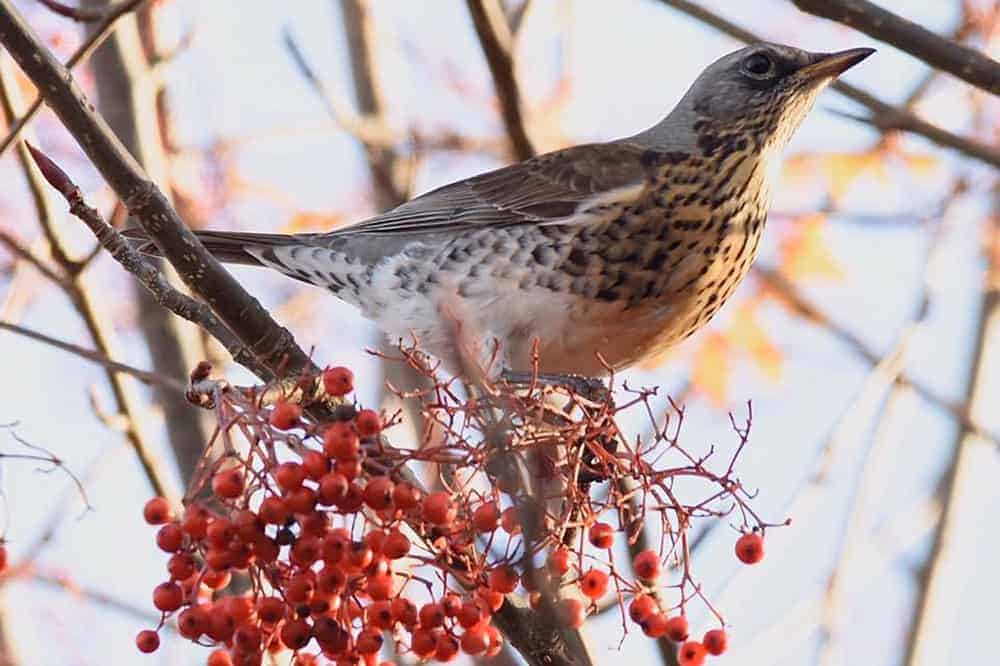 As the song suggests “It’s the most wonderful time of the year” and indeed it is for Birdwatchers.

Wintertime heralds the arrival of birds from the Far North and in particular birdwatchers keep hoping that this year will be a “Waxwing” year.

Waxwings are an “irruptive” species, meaning they do not migrate to our shores every winter but instead are forced to migrate, usually when the berry crops fail in their native Scandinavia.

They are a beautiful bird, about the size and shape of a Starling, however there the resemblance stops with Waxwings sporting pinkish brown plumage, a black highway man’s mask and to top it off a smart crest.

However, it gets its name from the small bright red waxy tips to some of its wing feathers harking back to the olden days when red sealing wax was used to seal letters and documents.

The other trait that endears them to bird watchers is that they are easy to spot!

They gather in groups, sometimes quite large groups, and then descend en-masse to berry bushes and trees in noisy chattering flocks, devouring all the berries before moving onto a new location. Their foods of choice are usually Rowan and Cotoneaster, but other ornamental bushes do figure and Apple trees can also prove to be extremely popular.

Another two species that arrive at this time of year are the Redwing and Fieldfare, unlike the Waxwing these birds are true winter migrants, arriving each year mid to late October. They also have a love of berries and apples (especially wind falls in Orchards) and they can often be found in large mixed flocks.

The smaller of them, the redwing is one our smallest Thrushes, slim with a cream breast covered in dark spots and sporting a very distinctive cream stripe above the eye and down the check. They get their name from the rusty red underwing this red extends below the wing and down the birds side (see picture) It is really a very colourful bird.

At the other end of the scale we have the Fieldfare, a large upright Thrush with the usual spotted breast, with a beautiful warm brown upper band streaked in black a grey head and rump and a dark brown back, it is striking looking Thrush.

A great place to look for all three of these birds is the lovely stands of Rowan Trees on Ferry Road  and  Grantown Road or even in the berry bushes in town (Waxwings really like using Supermarket Carparks where there is usually a good supply of berry bushes) and for the Redwing and Fieldfare check out the short grass areas around the Mosset Burn and Grant Park.

If you see them I hope you enjoy the experience, as come the spring they will head back to Scandinavia for another breeding season.

Until next time, Good Birding! 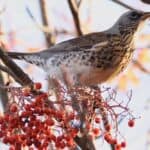