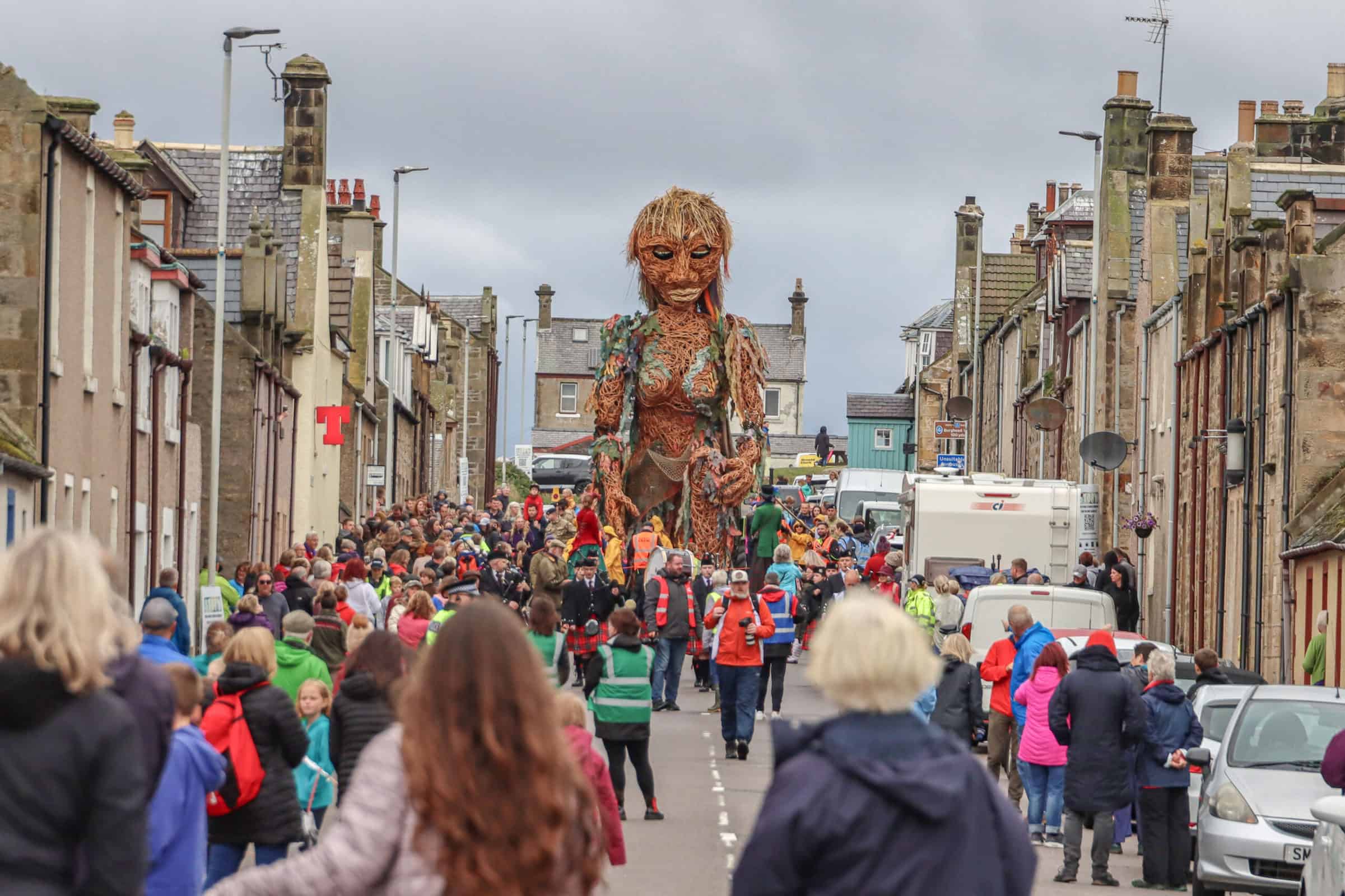 A magnificent 10m puppet made of wicker strolled through the Moray town of Burghead on Saturday.

Storm personified the goddess of the sea, and came with a serious message to protect the coastlines and put the environment first. The event was organised by Forres-based Findhorn Bay Arts, and engineered by Vision Mechanics from Leith in Edinburgh, as part of Scotland’s Year of Coasts and Waters.

The drizzle and rain didn’t dampen the spirits of the 2000 or so people that turned out to witness the spectacle as she strolled along the shoreline and up onto the headland where she looked out over the Moray Firth.

With accompaniment from Elgin Pipe Band and Clavie King Dan Ralph, this gigantic being ended her tour with a walk down the long, straight and all-of-a-sudden narrow Grant Street, towering above properties, while her puppeteers pulled on ropes that turned cogs that made her walk.

As you can imagine, pictures tell the story best. 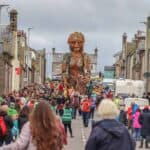