The dark skies of the north-east in the winter months are a perfect backdrop for the Aurora Borealis, a phenomenon of coloured light, rippling through the sky like a giant theatrical backdrop.

The longer, darker nights between October and March are best and they typically show up between 9pm and midnight.

This magical sight is fairly rare, even in the north, but if you have the right app, and can stand in the cold for long enough, you’ll be rewarded with one of the best sights you’ll ever see.

Sometimes called the Northern Lights, because they appear in the north, and sometimes called the Merry Dancers, because of their gracious, rippling movement, the Aurora Borealis is caused by electrically charged particles from space entering the Earth’s upper atmosphere at a very high speed.

And the Moray Coast is one of the best places to experience it. The 50-mile stretch of north-facing coast is the perfect blank canvas on which the dancers can perform. The beach stretching from Findhorn to Burghead is ideal, as it is completely devoid of light pollution, and if you are a photographer, you can find places to step back inland and get some foreground.

It is pure magic, and people do wait all their lives to see it. Get more information from AuroraWatchUK, and search your app store for ‘Aurora’.

A 57,000-acre expanse of the Cairngorms near Tomintoul and Glenlivet was recognised as having the darkest skies in the UK and it is the most northerly dark sky park in the world.

What that all means that this is quite literally one of the best places in the world to view the night sky.

Look up folks, there’s a whole new world waiting to be explored.

What is a dark sky park?

A dark sky park is simply an area where there is little-to-no light pollution. The remoteness of this area is what lends itself to having this label. It has no fence and no entry fee. You can pitch up and look up to the skies anywhere within its boundary.

There are designated areas where you can park and these are signpotsed.

At Glenlivet, the car park also serves as a starting point for a 1km walk to the deserted Scalan village, the site of a seminary that taught more than 100 Catholic priests during the 18th century. Its remote location in the deepest glens helped Catholicism survive persecution.

There is useful information boards at the car park which provide information about the night sky.

But you don’t have to travel all the way to Tomintoul to get a good view of the stars. Head out of town to the south and you’ll soon find a spot completely devoid of light pollution. The road from Dallas to Knockando is good, and the further you travel, the deeper into the darkness you go.

Even with light cast from street lights and residential properties, you can get good views of the night sky, close to town, as can be seen from this pic below, taken from Findhorn Dunes.

As we’ve already stated, the Moray Coast is a good place to view the northern lights. The unobstructed views over the Moray Firth gives you the greatest chance to see the big picture unfold.

Forres is an excellent base to see all manner of winged creatures, from garden birds 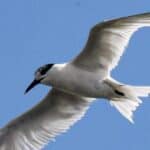