Millbuies is a trout fishery and country estate easily accessible by road, and providing a pleasant place to walk and fish as well as a habitat for wildlife. Four miles south of Elgin and 16 miles from Forres (25 minutes) The park consists of a loch with a circular, or figure of eight, walk – … Read more

Although Cairngorm Mountain is principally a ski resort, it offers things to do all year round. The funicular railway that runs from the car park to the Ptarmigan station is currently closed for repairs. Skiing and snowboarding Thirty-two kilometres of slopes are available for skiers and snowboarders with 11 lifts. This winter playground sites between … Read more

Morayvia is an aviation museum, perfectly placed near to one of the country’s former RAF stations at Kinloss. As a result, there is lots of exhibits featuring Nimrods, which were based at the station here before it became an army base. However, there is much more to see than Nimrods. The museum is relatively new, … Read more

Ben Rinnes is Moray’s highest peak, with a summit of 2733ft (841 metres). It offers outstanding views of the surrounding countryside. It is a popular spot for walking, mountain biking and running. Although visible for miles around, it has few remarkable features unless you actually climb it. The trail is a steady ascent of 541 … Read more

Grant Park was gifted to the town by one of its most famous sons, Sir Alexander Grant. It contains a large park area with a natural arena. Along its boundaries are the Cluny Hill woodlands, St Leonard’s Road, the high Street and a car park. Along the northern edge is a traditional floral gardens and … Read more

A large adventure park and two unusual events draw thousands of people every year to this tiny village at the gateway to the Cairngorms. Landmark Forest Adventure Park is a family favourite for miles around with acres of woodland walks, climbing wall, treetop trail, mazes and flumes. It is set in an ancient pine forest. … Read more

Forres has a reasonably large swimming pool with a separate hydrotherapy pool and fitness centre. Swimming lessions and sessions are available throughout the week. The fitness centre has a selection of treadmills, exercise bikes, rowing machines and cardio equipment. The hydrotherapy pool is suited for people with specific health conditions such as arthritis, or rehabilitation … Read more

Take in the entire landscape of the Forres area from Califer Viewpoint. It’s an elevated position which looks down the farmland of the Laich o’ Moray, a low-lying stretch of land between Brodie and Fochabers. A plaque shows the many landmarks that can be seen on a clear day, but most impressive is the full … Read more

Dufftown is firmly on the Speyside Whisky trail, even though it is several miles from the River Spey. It sits on the River Fiddich and the Dullan Water. It features several high profile distilleries, including the world’s best-selling malt whisky Glenfiddich. The four main streets meet at the central clock tower, which was built in … Read more

Rothes is deep in the heart of Speyside and the nearby villages of Aberlour and Craigellachie make this part of Speyside very much a part of the whisky-lovers itinerary. With four distilleries in the tiny town, you could be excused for spending most of your day here if you want to experience the spirit of … Read more 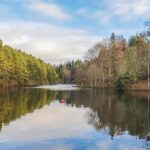