Walk: In the footsteps of botanist Mary McCallum Webster 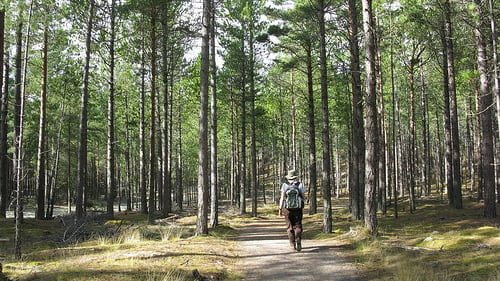 A botanist guided walk in Culbin forest to celebrate local woman scientist, Mary McCallum Webster, including time to hear her story, from Mary Byatt, co-author of ‘Women of Moray’.

A highlight of the exterior of the Falconer Museum, ‘a Victorian gem in the heart of Forres’, are eight keystone portrait masks of eminent scientists and celebrities of the period, but…they are all men!

Hence the decision by Friends of the Falconer,  as part of the museum’s 150th-anniversary celebrations, to recognise a woman scientist, Mary McCallum Webster, of Dyke, whose ‘Flora of Moray, Nairn and East Inverness’, published 1978, has been described as a masterwork.

Culbin forest was her happy hunting ground. During our walk, we shall do some plant finding, led by an expert, although we can’t promise her favourite, a wintergreen; and listen, briefly, to her story, told by Mary Byatt, author of the appreciation of McCallum Webster in the book ‘Women of Moray’. We also hope to have some anecdotes from the family of Olga Stewart, McCallum Webster’s main illustrator.