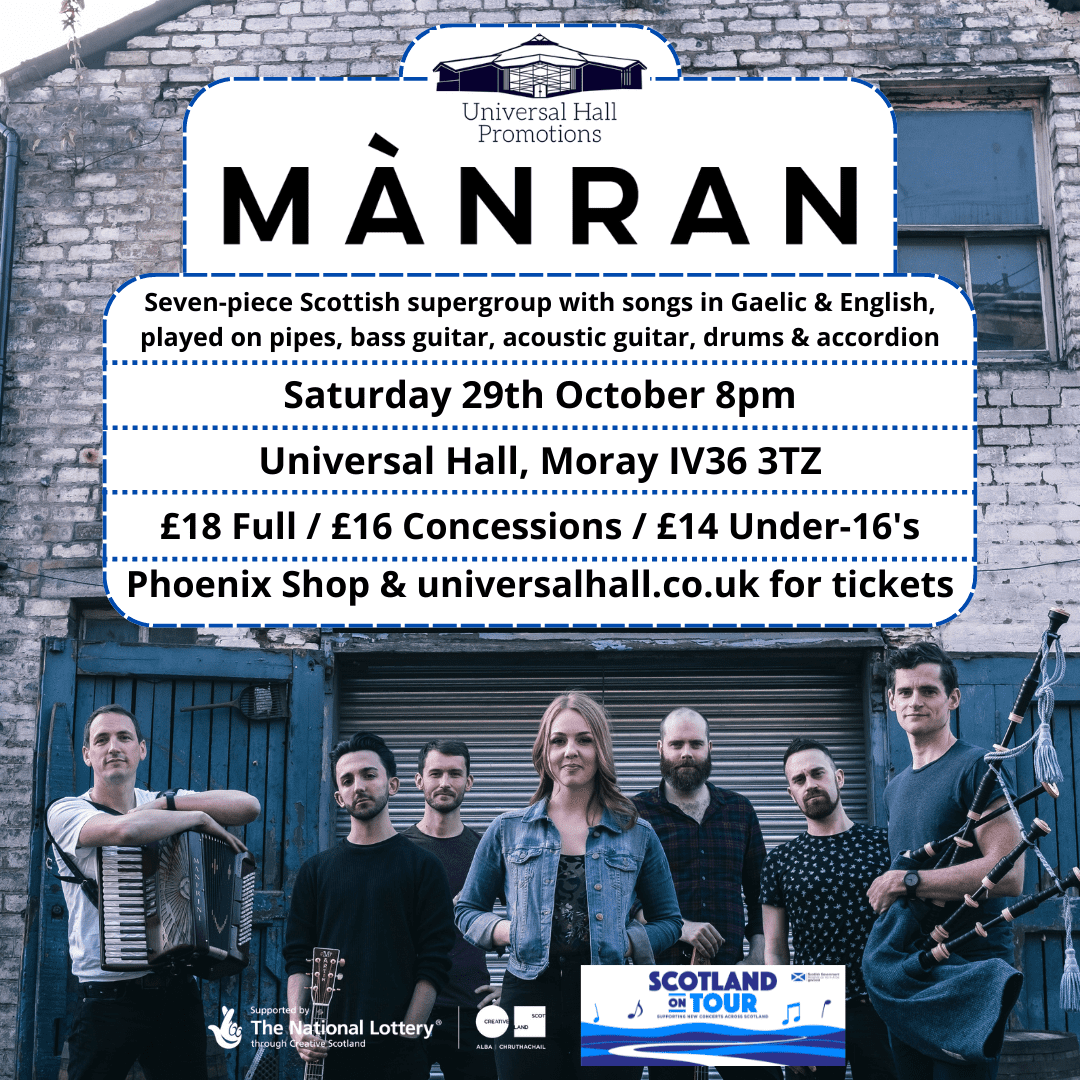 Multi award-winning Scottish supergroup Mànran have spent over 10 years at the heart of the Scottish traditional music scene. Internationally recognised as one of the most iconic and respected Scottish bands on the road today, the seven-piece show no signs of slowing down as they continue to push boundaries and explore new musical and geographical territory each year.

With three hugely successful studio albums already under their belt, Mànran launched their new album 0rar (‘fresh’ or ‘flourishing’) in late 2021, revealing a rejuvenated and exciting sound that has thrilled fans and critics alike. Buoyed by this new music, the band kicked-off 2022 with a joyous return to Glasgow’s Celtic Connections festival and are looking forward to bringing their new material to Findhorn .

Having played in over 30 countries covering North America, Asia and Australia (where they were awarded “International Artist of the Year” at the Australian Celtic Music Awards), the multifaceted musical powerhouse have amassed a loyal fanbase worldwide for their outstanding tunes performed on a mixture of traditional and modern instruments, alongside their songs in Gaelic and English. Expect to hear Highland & Uilleann pipes, bass guitar, acoustic guitar, drums and accordion in their stunning show.

“Mànran are up there with the best folk-rock bands our country has produced.” – The Daily Record