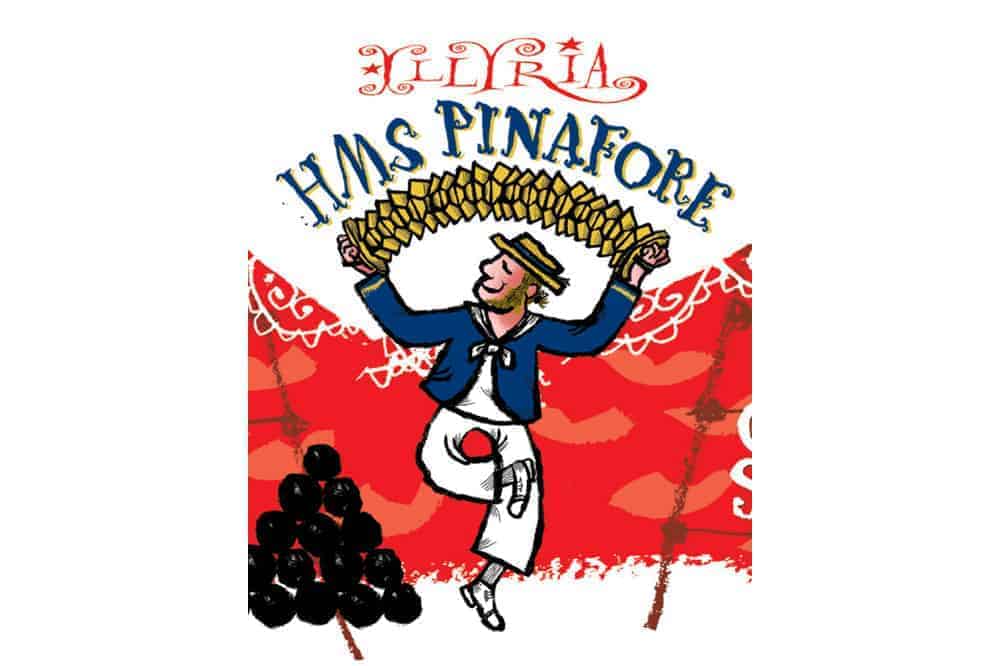 Set on board the warship HMS Pinafore, the opera cheerfully mocks such Great British institutions as Class, Patriotism and the Royal Navy.  Josephine, the captain’s daughter, is in love with Ralph, a common sailor, but her father wants her to marry Sir Joseph Porter, First Lord of the Admiralty.  The couple are caught as they elope from the ship and Ralph is locked in the ship’s dungeon.  Only when certain revelations are made by Buttercup, a dockside vendor, can everyone end up freely marrying their true hearts’ loves.

This wonderful comic opera gets the complete Illyria treatment, faithfully performed by a reduced cast on the beautiful nautical set

Now in its 29th year, Illyria has delighted audiences the length and breadth of the UK, and in the Netherlands, Germany, Switzerland, France, the United States and Canada performing some of the most well-loved productions on offer. The company has won 4 international Best Performance” awards and attracted numerous “5-star” and “Critics’ Choice” reviews for the lively clarity of its approach to Shakespeare’s plays, the high quality of its family shows and the refreshingly quirky originality of its English classics adaptations and Gilbert & Sullivan musicals.

“Illyria has given more performances to more people across a wider area than any other open-air touring theatre company, proudly maintaining professional Equity-compliant productions for over a quarter of a century. We’re really pleased to be performing at Logie Steading again and can’t wait see how the audience reacts!” says Artistic Director Oliver Gray.

Show starts at 7pm, you’re welcome to come and set up from 6pm.  Bring a picnic, suitable clothes, and something to sit on.  Refreshments will be available in The Olive Tree Café in the interval.