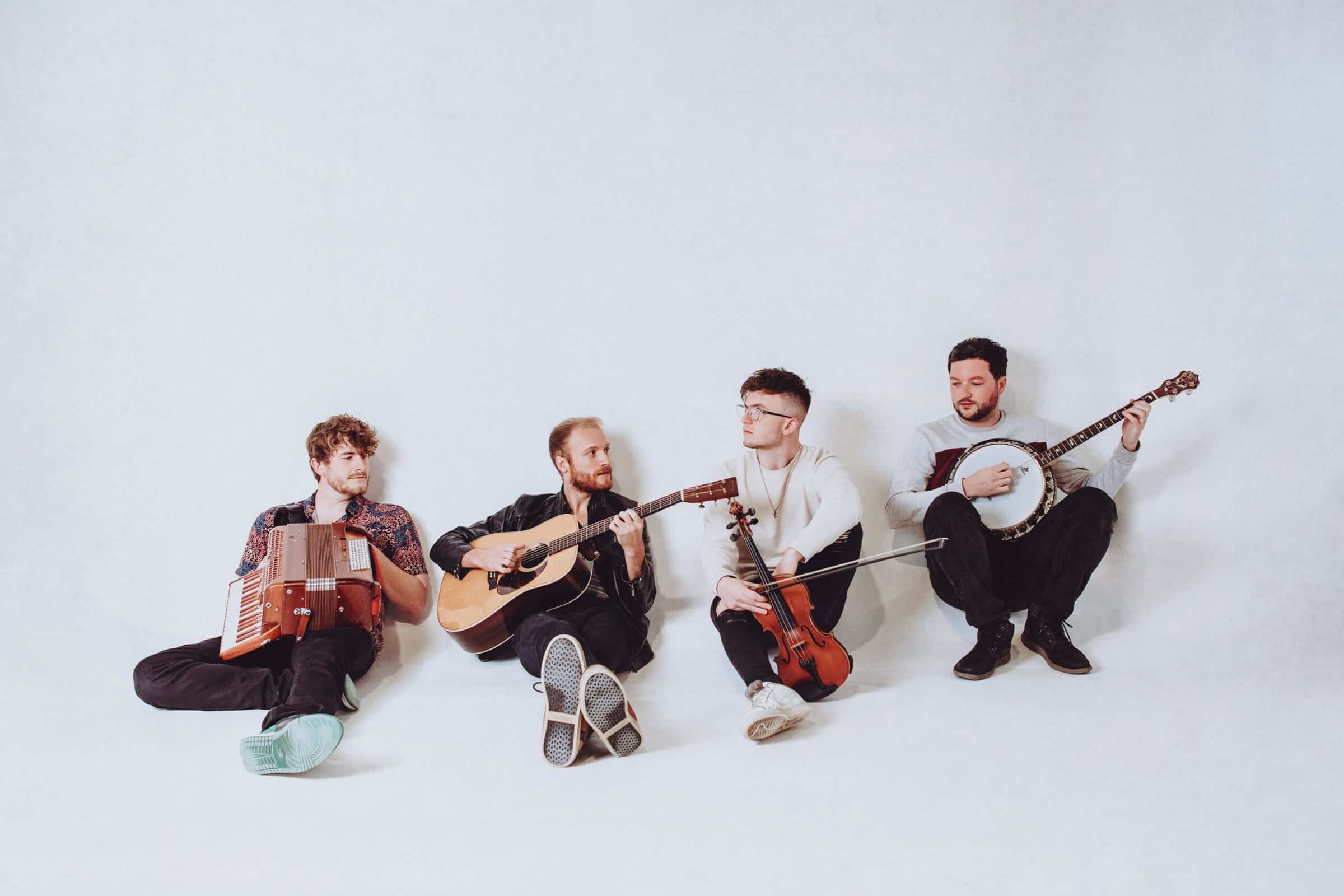 Dallahan is one of the most distinct forces in the international folk music scene. Forged in Scotland and Ireland’s traditional music community, but drawing on the traditional music styles of the Balkans and North America, they create an original and seamless musical montage, blending their contemporary influences from funk and pop music. The lineup consists of Jack Badcock on guitar and vocals, Ciaran Ryan on banjo, mandolin and fiddle, Andrew Waite on accordion and Benedict Morris on fiddle. The band has toured extensively in North America and Europe, establishing themselves internationally as one of the most enthralling live shows, captivating audiences at such prestigious international events as Milwaukee Irish Fest, Celtic Connections, Tonder Festival and countless others. Their touring history has included such onstage collaborations as with song-writing legend Dougie MacLean, a commissioned composition and collaboration with the Royal Scottish National Orchestra at a WWI commemorative concert and also a concert in Kathmandu with Nepal’s folk music exponents, Kutumba. Their 2019 album “Smallworld” has songs that explore themes ranging from unrequited love, famine, racial inequality and big birds, with instrumentals in the form of traditional Irish tunes, Roma Gypsy melodies and genre-defying originals.

“Some of the most exciting trad musicians to emerge in recent years” – Mark Radcliffe, BBC Radio 2

“Like a world music festival in one group!” – LiveIreland